Sheryl started singing at the request of friends and this led to her appearing at clubs and pubs. She has challenged herself with developing the alter ego of ShElvis after being invited to join Cool River in 2013.

Sheryl has an unusual depth to her voice and a surprising vocal range which lends itself to the lower smoky tones of Elvis songs.

Since gaining an appreciative following with her solo and band career Sheryl’s confidence n performing has grown to the extent that she is being sought to appear as ShElvis at venues around NSW. 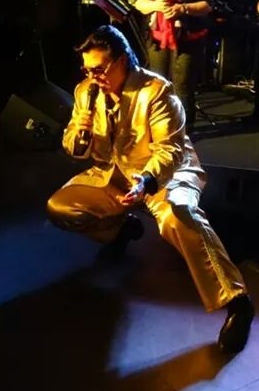